No aftermarket manufacturer is more beloved or respected than Ed Iskenderian. Way back around 1990, it occurred to engine-builder Lanny Trefz that his camshaft supplier and mentor was getting up there, pushing 70. Lanny and wife Katherine wanted to honor him with a birthday party, if only the elderly Isky could be persuaded to drive northeast from Los Angeles through mountains and desert to the village of Canebrake, which is near Onyx, which is near nothing. To their surprise and delight, Ed accepted. He evidently enjoyed himself; he’s been coming back for nearly three decades, sharing the occasion with anyone and everyone willing to make that trek.

Los Angeles documentary filmmaker Cheyanne Kane has been following Ed around since 2014.

One difference was the five-person film crew hounding our guest of honor. The poor guy was directed from interview to interview, signing autographs and greeting well-wishers in between, yet kept the famous grin going. A documentary of his life is in the works. We hope they don’t cut a second of the reminiscing done by Isky and Gene Winfield. It might’ve been 102 degrees that day, but we got goose bumps watching. 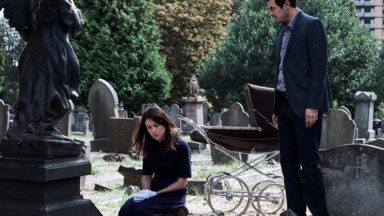 First look: Claes Bang in ‘The Bay Of Silence’ (exclusive)